The taste for designs and ornaments inspired by Chinese models started up in Europe in the XVIIth century, in England and the Netherlands first. These countries had indeed already established, at that time, strong and steady business relationships with the East.
It came to France a little later and really became a trend in the beginning of the XVIIIth century. This fashion gave birth to the most charming things, whether it be painted furnitures, fabric designs, paintings, tapestries and the like.
Chinoiserie designs were showing the everlasting seduction of exoticism but also expressed a real  admiration for chinese arts as well as for some aspects of chinese philosophy and society.

I created a "chinoiseries" collection for a Maison et Objet show a few years ago and ever since then I have orders for such designs. It is fun painting, full of charm and humor ; it is a nice playground for fantasy, nice color harmonies and strange vegetal forms... 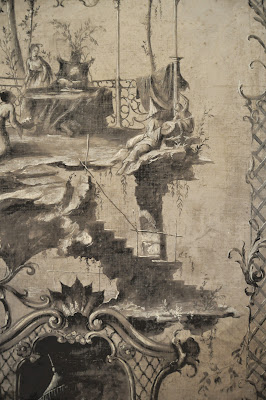 This another verison, the first I painted in fact, of the same design, on paper ( approx 180x75cm) 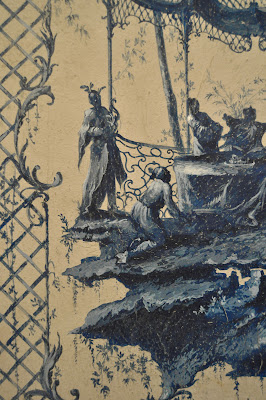 Here is now a series of paintings after the chinoiseries cartoons of F.Boucher.

details on the face, before the aging proceses. 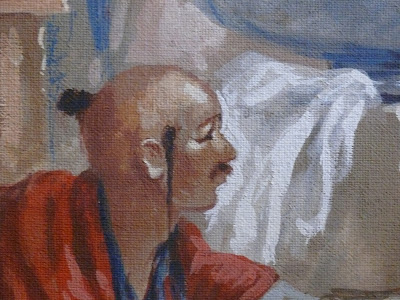 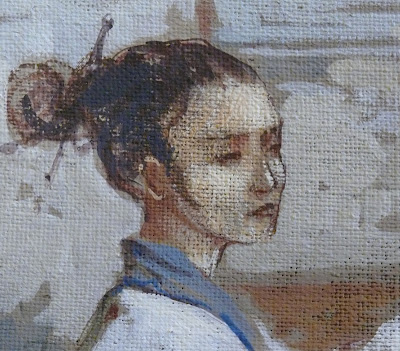 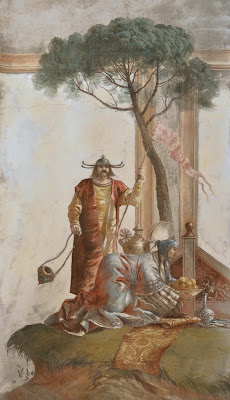 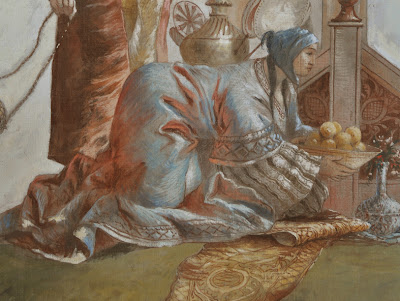 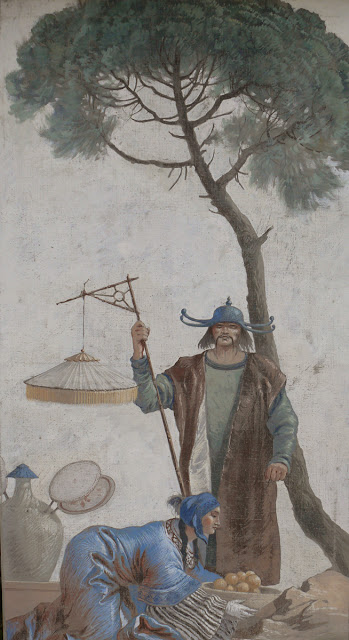 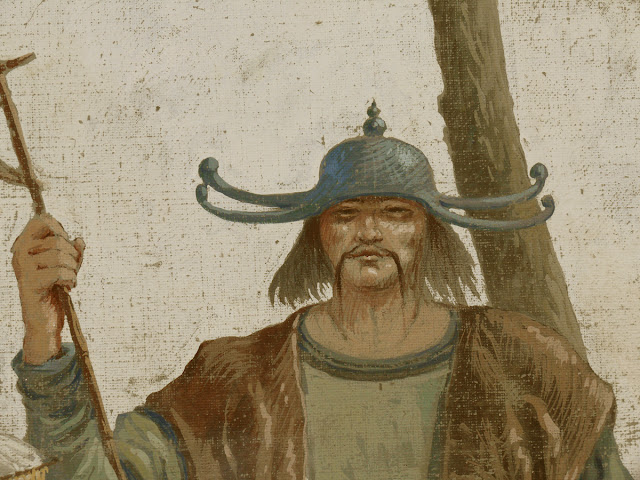 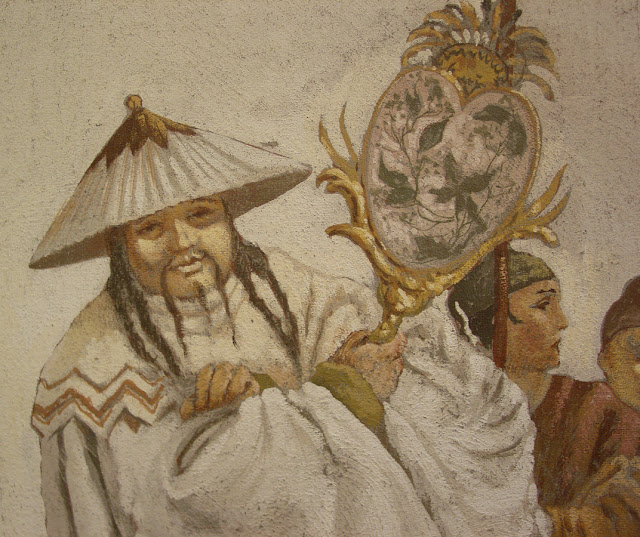 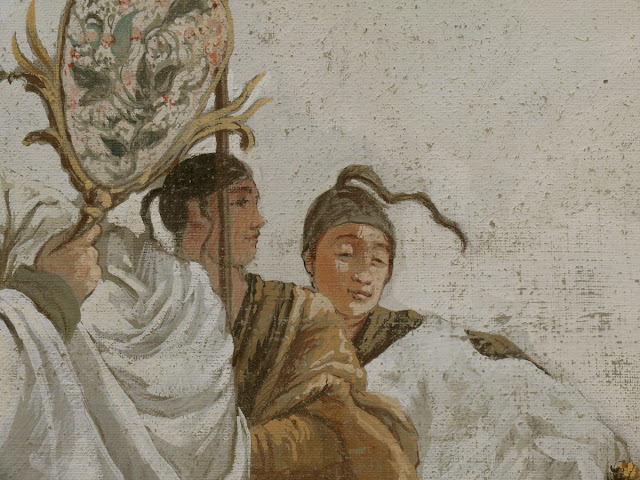 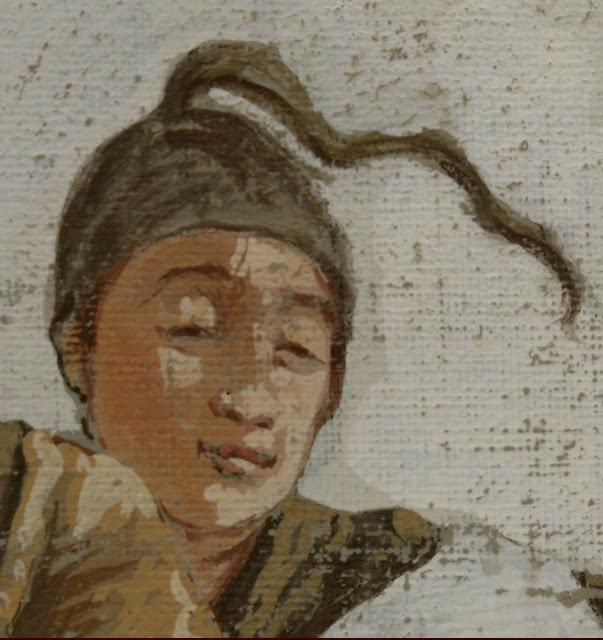 and this very last panel is freely inspired and composed afer different designs of Pillement. 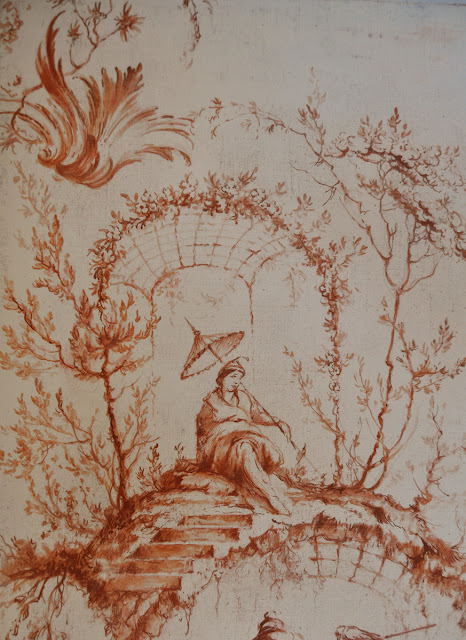 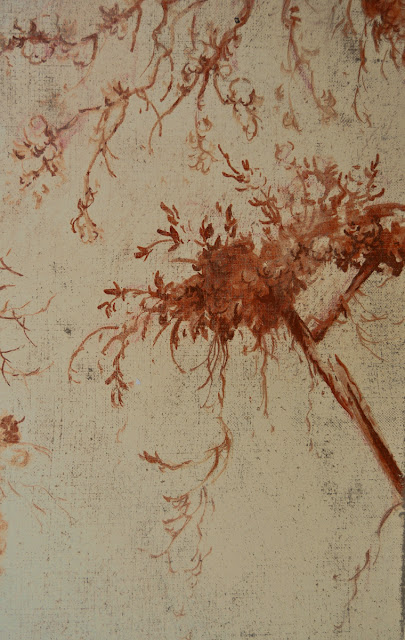 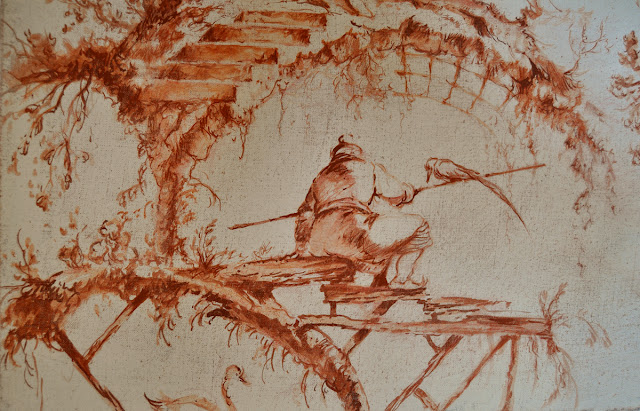