Last summer, I have been commissioned by a young russian designer based in Paris for a classical ceiling in the XVIIth/XVIIth century style.
After having tried a couple of sketches based on GiambattistaTiepolo we finally decided to find our inspiration in french painters.
The most talented baroque ceiling painters was, to my mind, François Lemoyne.
His ceiling in the Salon d'Hercule in Versailles , quite recently restored, is an absolute masterpiece.Last time I visited the castle I took a series of pretty good pictures and found a good book on the restoration of this huge work of art.
I picked up different elements in this large assembly of figures and made my own compositions, trying to produce nice arrangements.

I have not yet seen the place where the canvases have been installed as it is somewhere in Russia but, for the preparation of this work, I had a very good rendering of the moldings of the actual ceiling.
The room is very long and includes two parts like this: 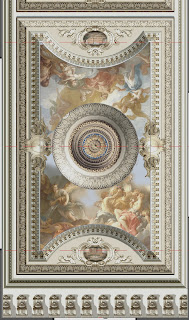 I did two canvases for each "half" , that is four canvases in all ( each canvas is approximately 4 meters wide).
Here they are with a few details... 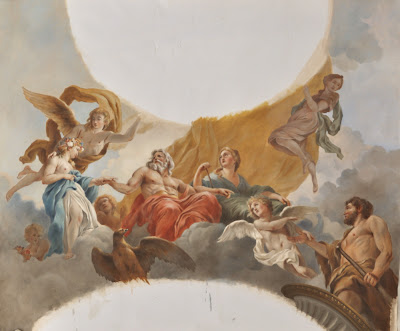 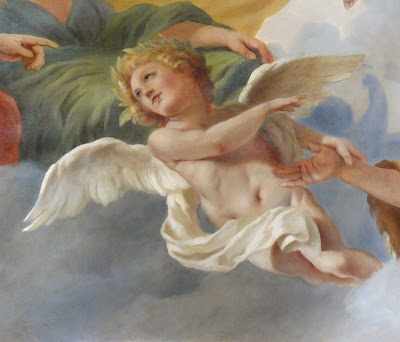 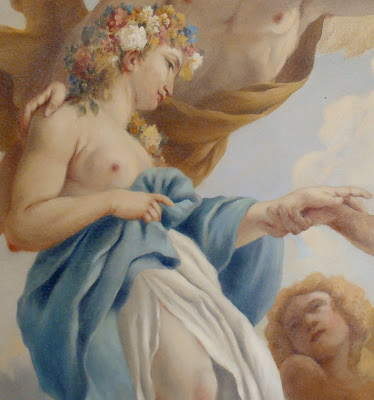 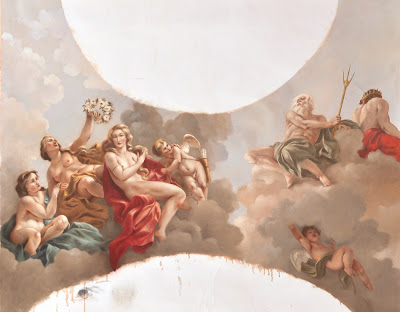 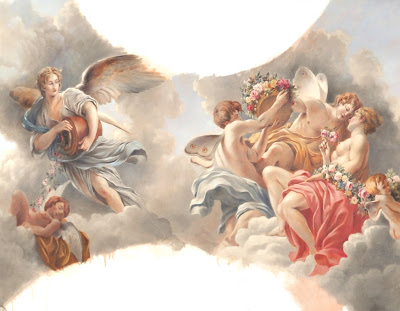 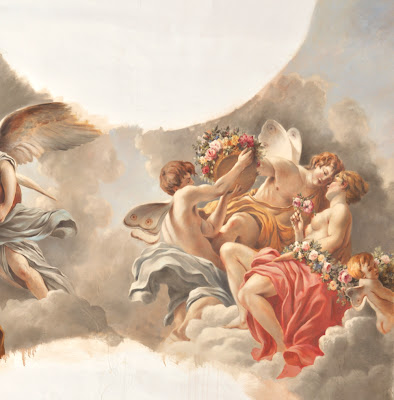 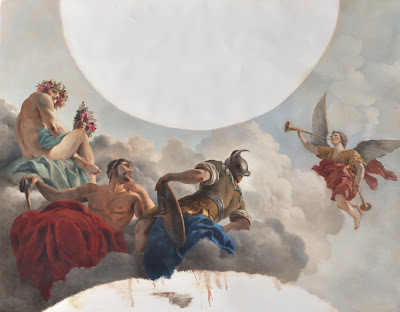 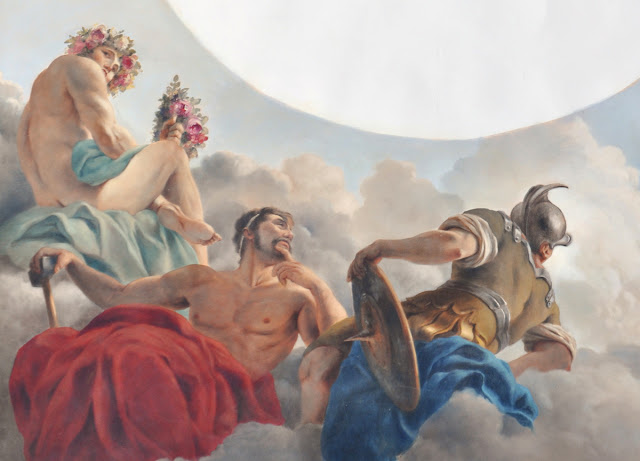 I painted everything in oils of course . All of the pictures I used for refence were not very accurate and I hard a time with some faces and draperies . The hardest part though was certainly to give these paintings a kind of softness or more exactly "patina" that is characteristic of aged oil paintings.
With time, oil paintings seem to acquire a very particular smoothness that is part of their charm.
It is actually very interesting to know that Lemoyne himself, when he patented his ceiling complained about the fact that, in the same room, on the walls, were two large paintings by Veronese himself and that these had a softness ( a patina) that he could never compete with !!!!
Publié par PA74 9 commentaires: