Paris in black and white.

One of my very best clients owns two hotels in the Quartier Latin, the area I prefer in Paris. I have been working for him for years and already wrote two posts about some paintings I did for him ( "Le Cavalier souriant" and the last picture of "Room with a view").

His wife also owns a hotel . I had done a mural there a few years ago. It was a nice traditionnal parisian hotel, called Riviera, right by the Arc de Triomphe, one of the hearts of Paris.
These clients have become aware that their best investment is in the image they create for their hotel ; it might seem quite obvious but many hotel owners of Paris still have to understand this!
Hotel Riviera will be renovated , enhanced ,  nice pictures will be taken for the website and even though it is probably two small to become a 'three stars' it will be upgraded and become one of the most charming of the area.
It is also about to be renamed "Riviera-Elysee" and the style will dramatically change.
In the beginning , the theme I had to work on was "XIXth century Paris" but it gradually evolved and the owners asked me to work in a more modern way , to introduce referemces to Paris monuments, to fashion and particularly to Coco Chanel.

Here is what I did.
This is the mural that will be installed in the lobby: 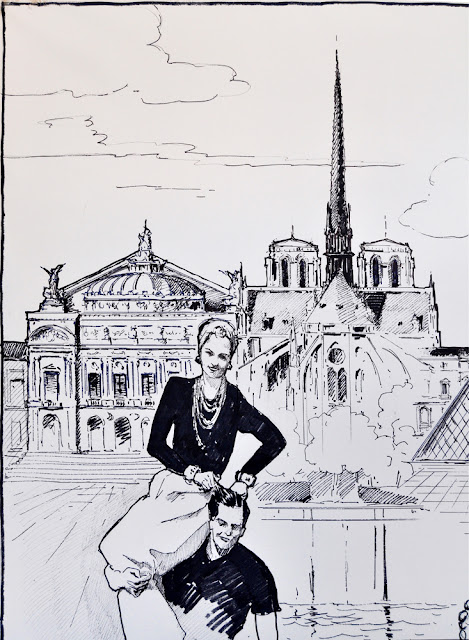 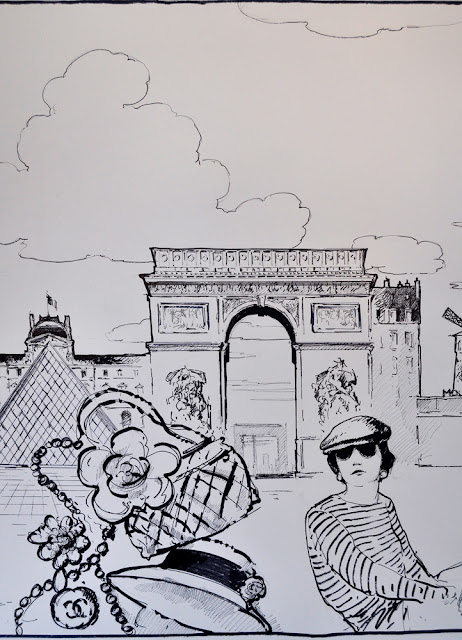 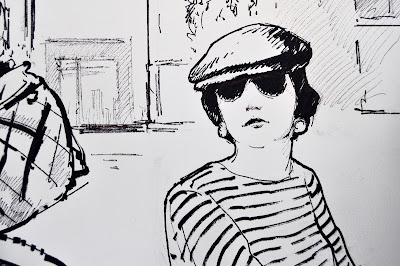 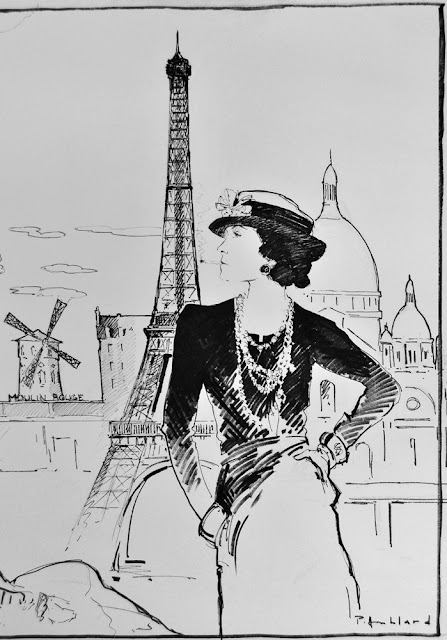 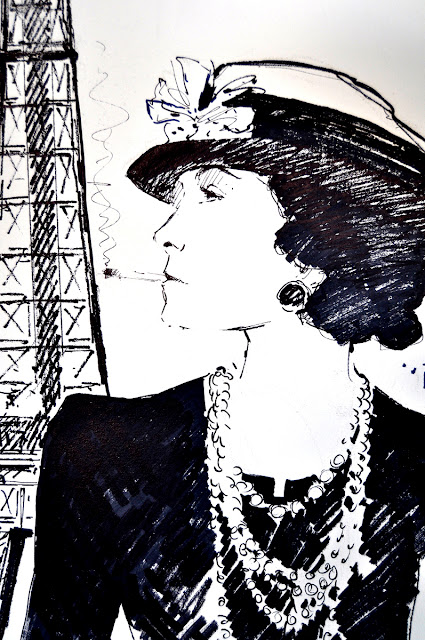 Each of the six floors will have a name like" Louvre", "Eiffel" ...etc. and I have  done a series of drawings that will show the monument whose name is picked up for the storey , combined with some "fashion" sketches and and old illustration that the owner asked me to include in each of these drawings.
Here are a three of these drawings: 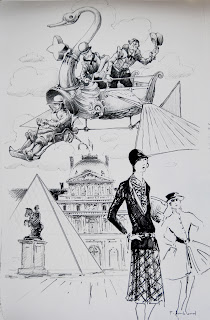 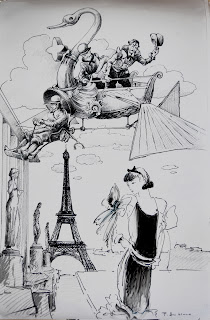 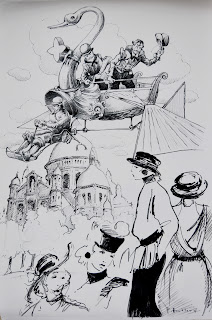 The stairwell will show some more "fashion sketches" inspired by Coco Chanel.
I painted them on canvases , theset  will be cut out around the edges and glue up on the walls. Here they are, on the wall of my studio : 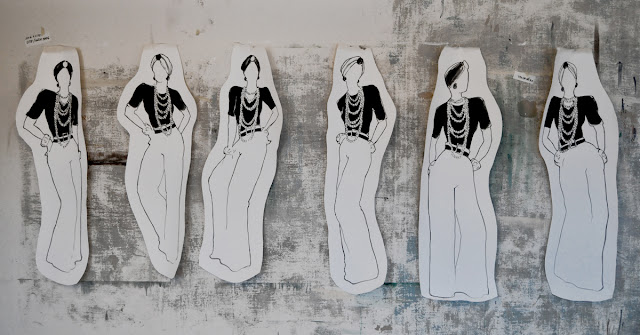 And finally, I am also working on a new logo for the hotel ...here is my last version :