Here are pictures of a nice article in the last issue of a charming french decoration Magazine named
" Maison Chic" ( no translation needed I am sure).
I do not know the whole story but somehow they got in contact with an Interior Designer I have been working for these last years . Her name is Martine Di Matteo and as she worked in the US for quite some time she now has a very good american clientele in Paris.
Her style is usually a mix of a typically french XVIIIth century revival  and more modern elements with brightly colored curtains, cushions ...etc. Charming, elegant , classical but never boring , I like what she does and this appartment in Paris is a good sample of her work.
It is located in the famous Place des Vosges , a marvellous example of our XVIIth century architecture. 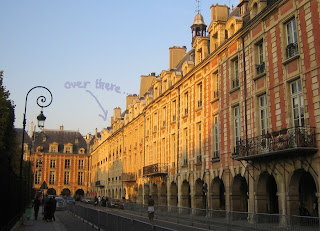 The house is located right at the back of one of the buildings at a corner of the square , perfectly calm and in the very heart of Paris.
Here is the cover of the magazine with a couple of shots of the appartment. 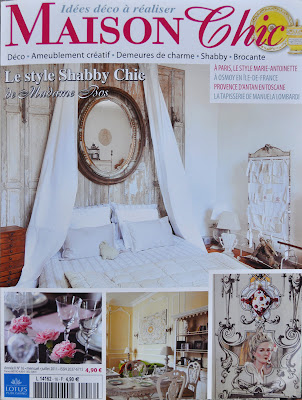 Here are now some views of the living room and kitchen where two of my paintings are ... 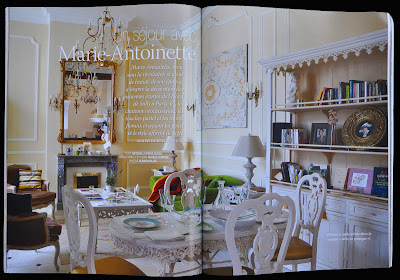 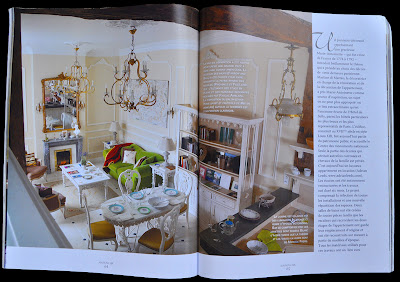 ...and now let us focus on the paintings.
First an ornament inspired from an XVIIIth century design for a ceiling. 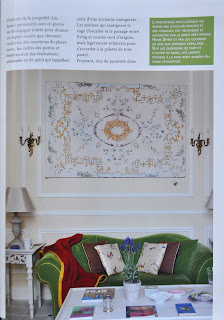 I called it "Audran", the name of the famous french ornemanist whose design inspired me. 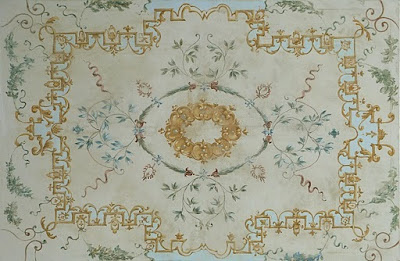 And now some views of the other two artworks.

This one is a painting I created two years ago for a show called "New Trends" that took place in Bergamo during the International Salon of Decorative Painters.
It is in fact the first of a whole series of paintings I called 'Neo Style". 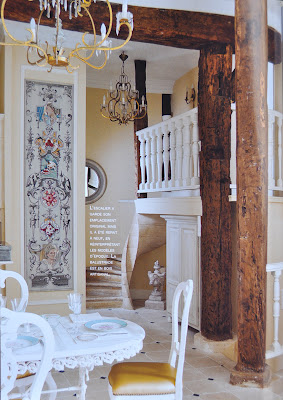 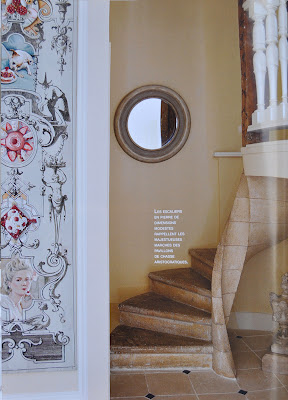 A mix of simplified classical ornaments and realistic"views" or details of " Marie-Antoinette" by S.Coppola.
The ornament is painted with casein and the views in oils directly over my very absorbant lime based background.

The last painting is inspired by Giandomenico Tiepolo ...another elegant young aristocrat of the end of the "Siecle des Lumieres"... ( casein on canvas) 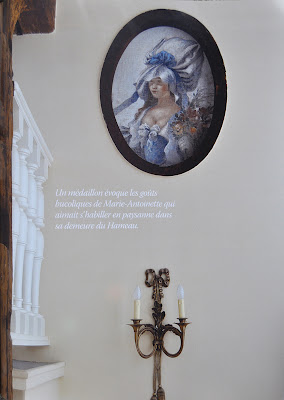