Last year, at Maison et Objet a designer of Mis en Demeure stopped on my booth and told me about a project in Germany.
Baroque ceiling with cherubs.
I made a sketch, proposed a quotation , both were accepted.
I was very happy to work for them . They are one of the big players at Maison et Obket and I have always admired the elegance of their furniture and decoration style.
After this I was given very precise instructions about the colors, contrasts, number of cherubs and exact location of them to the centimeter.
I did the painting in my studio and hired my friend Malek to do the gilding and help me with the installation.
The house is located in a small german town of the "black forest" , quiet and romantic.
Having researched a little bit about this villa I discovered that it had been build by the famous portrait painter Franz-Xaver Winterhalter. 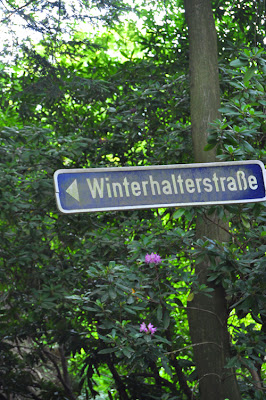 It impressed me. I thought to myself that if I had known that earlier it would have changed my approach of the painting.
I always try my best but on this particular mural I felt a little trapped by the strict requirements of the designers and I was not totally satisfied with the result ( I am never anyway).
The villa does not feel very impressive when you arrive but is much bigger than ot looks at first sight.. 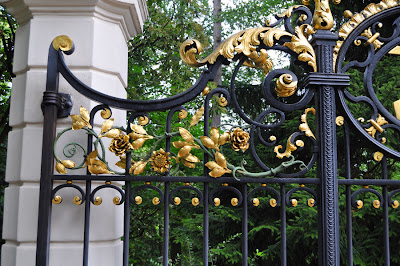 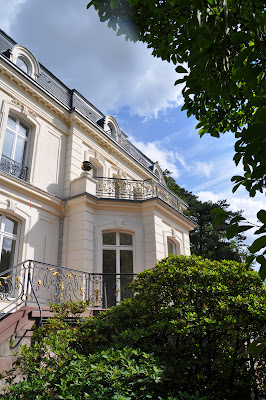 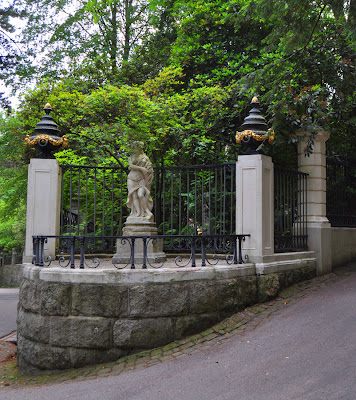 The first thing we did was to install our primitive ( but not stupid) "stand" in the center of the ceiling just to check out the dimension of our wooden"sticks". 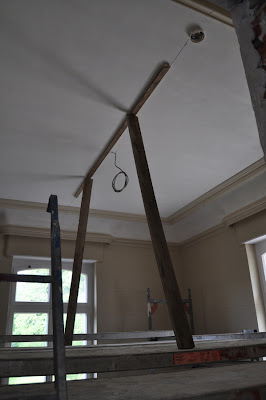 Next we installed the canvas as you see on the picture. 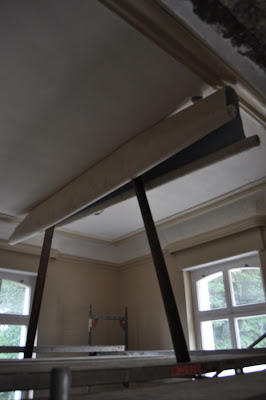 Then we glued up one half of the ceiling and appled the canvas. Finally we repeated the same operation on the rest of the canvas.
The whole thing went smooth and took hardly more than two hours.
The next  day we trimmed the extra canvas along the molding and painted the sky in the inside of the big cornice. 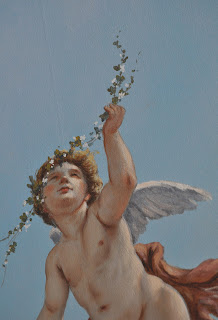 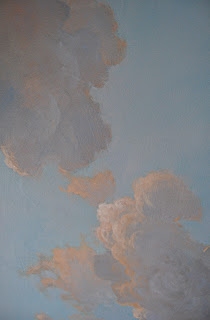 Then Malek did the gilding with a little help on my part. 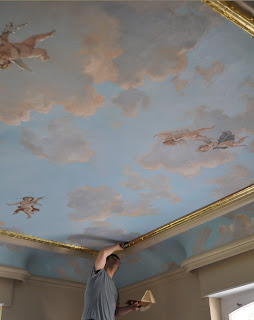 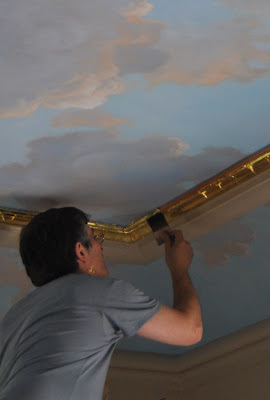 Then we removed the scaffolding boards to take a couple of pictures. 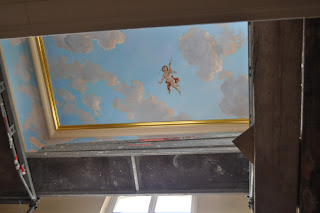 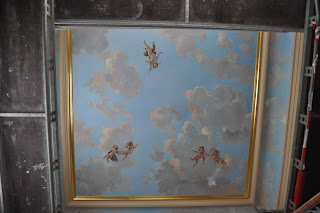 They had wanted me to paint five cherubs in this ceiling.
As I was walking in the park of the villa I noticed that there were five nice statues of cherubs...five outside,five inside... 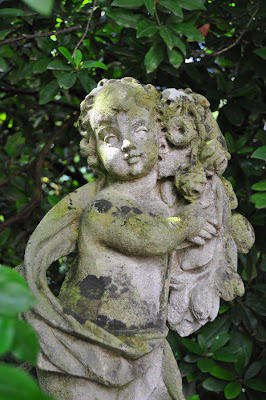