I have a fascination for Rome ( not very original, right). We visited Villa Farnesina twice , spend as much time as we could inside despite the heat of the roman summer and tried to take pictures despite the interdiction. Being a decorative painter I think all these frescoes are "my" heritage and I have a right to take pictures for my professional use and my growth as an art person.
A few years after a client called me for two panels in his home ...he wanted two female figures illustrating Summer and Autumn . I guess these were the periods of the year he preferred.
I worked in the studio and drove to his home , in Provence. 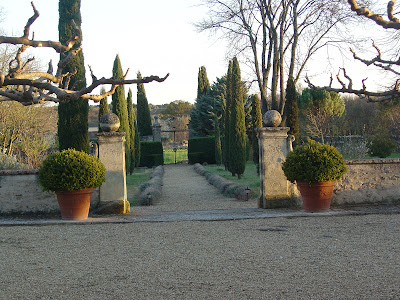 This was the end of February , the wind had been blowing hard for a few days , the sky was as transparent as crystal and the light as strong as it can get in those places, in the middle of the winter. 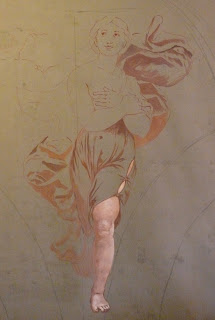 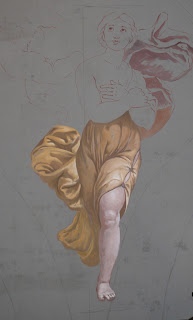 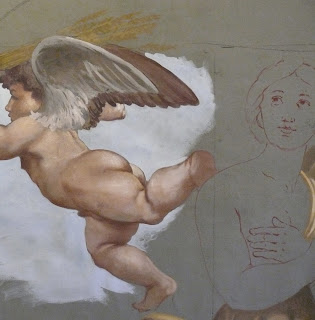 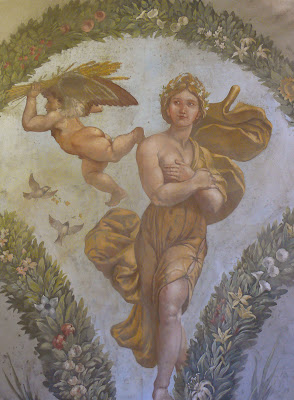 I had picked up two figures by Raphael, from the Villa Farnesina's gallery ceilings.
The house is one of these large estates where they had vineyards and olive groves. It was in state of total decay and got bought by some Provence lovers coming from german switzerland.
The interior is vast  and it still has the severe and rustic "grandeur" of these family homes. 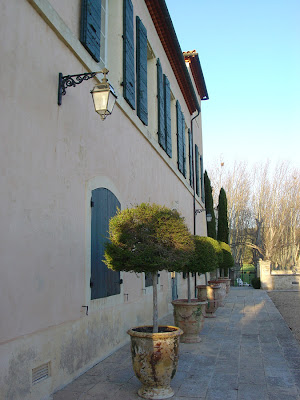 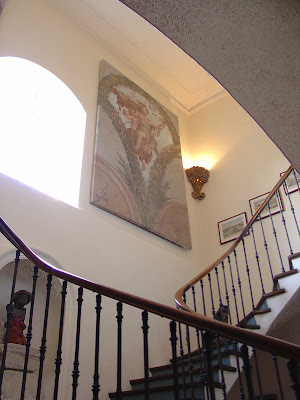 We had brought the canvases rolled  up and mounted them on stretcher bars on site. We did in the backyard, under the sun, it took the whole afternoon. 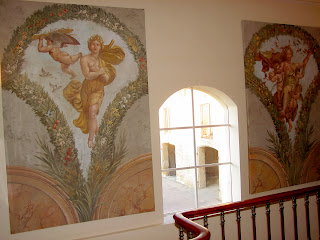 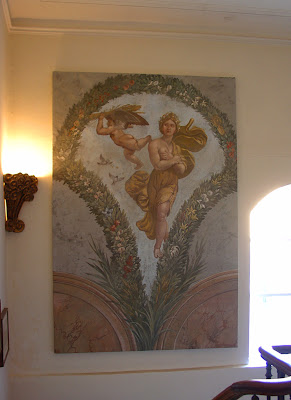 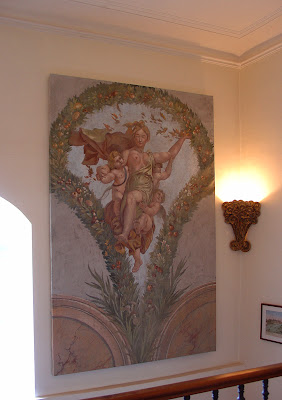 I love all seasons but  I had a preference for the Autumn painting... 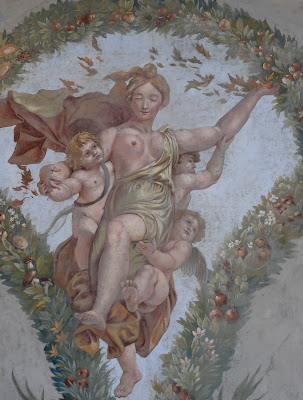 When we left the night had come but we had bright memories of this afternoon in Provence. 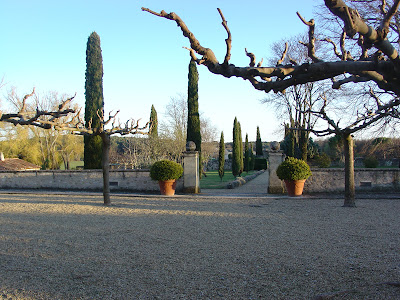