Here is another before/after series of pictures of a room of my book "Demeures peintes".
This room, as the Old library, is in the XVIIth century castle located near Lyon. At floor level , two nice living rooms open their doors on the terrace and the garden. The light is beautiful during the winter but the photographer and I  were too busy to find time to go on site and shoot the pictures.
We finally made them in July, the light is beautiful too but it does not go very into the rooms.
The Salon Bleu was originally covered with different wall papers. 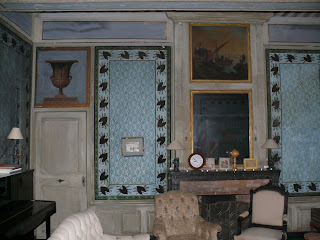 Most of them were dating back to the end of the XIXth century and were of littel interest. Only the vases over the doors, probably dating back to the early 1800's were protected. The beams on the ceiling and different parts of the walls have been painted in various shades of blue. 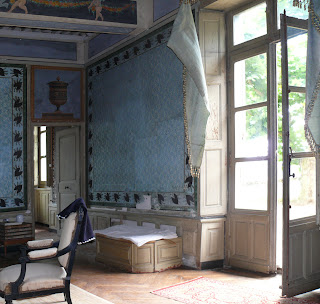 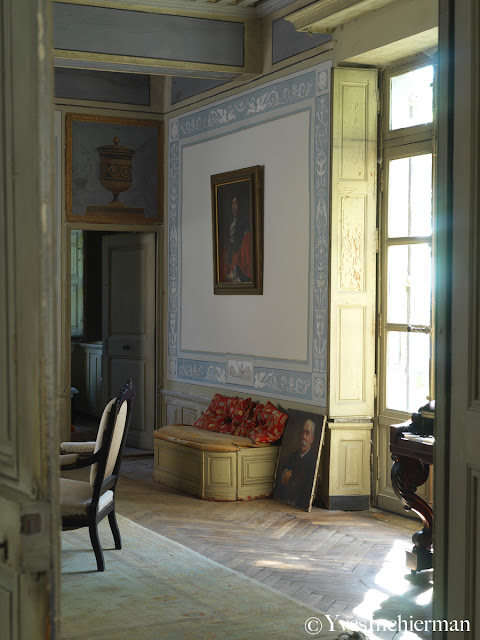 All these colors have been weathered by the light and I imagined to try and find some kind of average blue for my paintings. 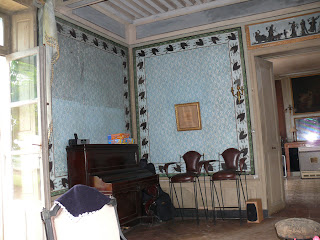 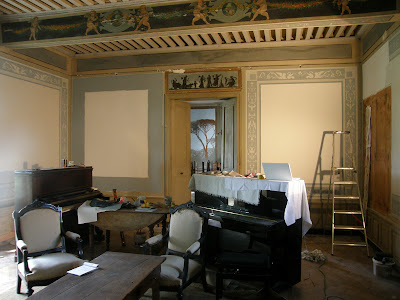 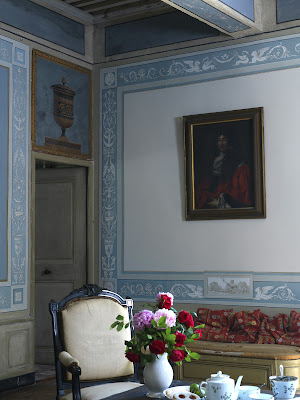 After some researches and hesitations I decided to create a neo-classical ornament that I thought was consistent with the style of the vases.
It is , technically, one of the most simple rooms presented in the book but certainly one of the most charming.
It was a pleasure for Yves and I to take the pictures. We only had two hours of ideal lighting to do so but everything was well prepared and went smooth. 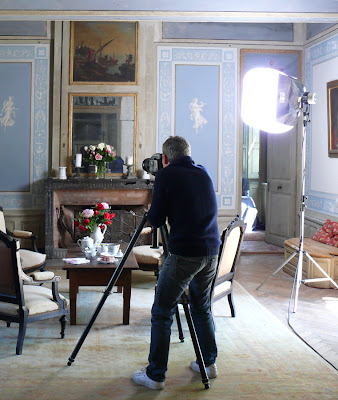 Here is finally one of the pictures I took in December when the work was just completed ...freezing cold outside ( and inside ) , three inches of snow and a gorgeous light. 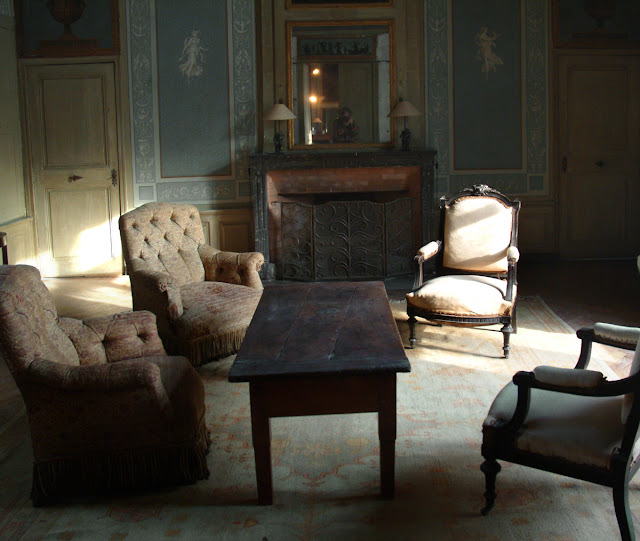