...and the story goes on like this.
As the Treaty of Andelot really is the most important event that took place in this village we decided to have several murals about it.
Since we had the treaty itself illustrated on Place Cantarel ( main square in the village) , its "essence"or symbolical content represented in the town hall , we decided to create two murals in the next biggest square of the village, called "Place de l'Auditoire Royal".
I proposed to represent the situation "before" and "after" the treaty.

Here is the "before" mural:

The period that preceeded the date of the signature of the treaty is characterized by a series of conflicts, murders, treasons and unstable alliances which finally laid the ground for wishes of peace and reforms.
The most important rivals of this tormented age were
-  the queen of Austrasie ( kingdom of the East) called Brunhilde or Brunehaut ( Wagner's walkyrie Brunehilde was named after this queen!)
-  the queen of Neustrie ( kingdom of the north-west) named Fredegonde.
My compostion is thus based on the representation of these famous women , of scenes of battles , the background being a map that shows how the territories were divided and broken down into separate units.
In the foreground , the names of all the royal families individuals who died and were killed.

Here are pictures of the upper and lower part of this mural on the walls on my studio: 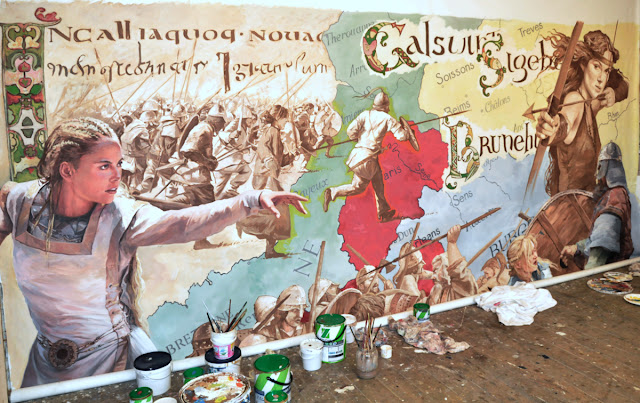 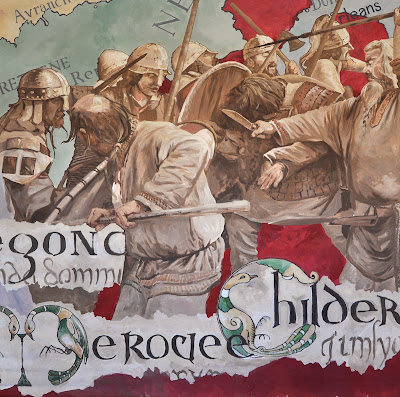 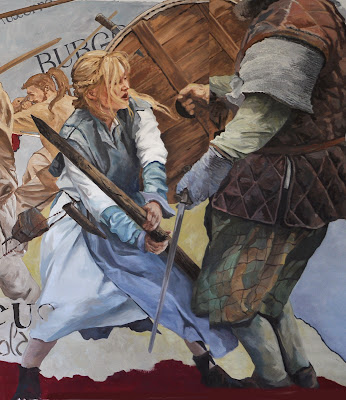 And now the story of my two versions of Brunehilde .

Here is what my first version looked like (it was in fact inspred by a cool picture of Keira Knightley in King Arthur, I just made her face a little less "Hollywood") 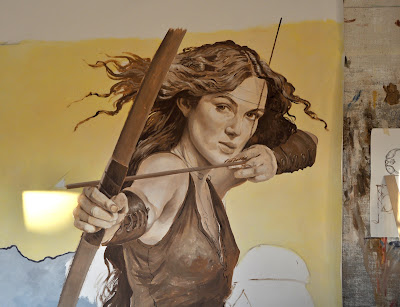 but the historians I am in contact with told me that even though pretty good looking and sexy she was really too "dungeon and dragons" and that it was really hisotirically uncorrect to have her was represented actually fighting , that is holding a weapon....so I took a couple of pictures of my "lady' and started to modify her on Photoshop. I started with the head wear , removed the bow...etc... 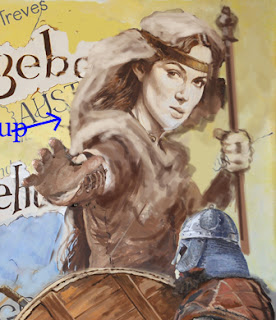 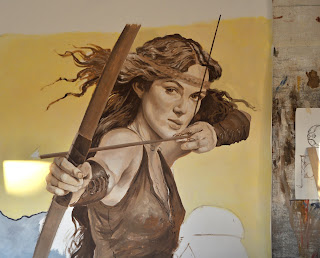 and ended up with this new version of Queen Brunehilde.
She is still a little "Hollywood" but more historically accurate.
My whole business as an artist on this project really is to try and keep both ends , not too far from scientific accuracy, not too far from legend and imagination. 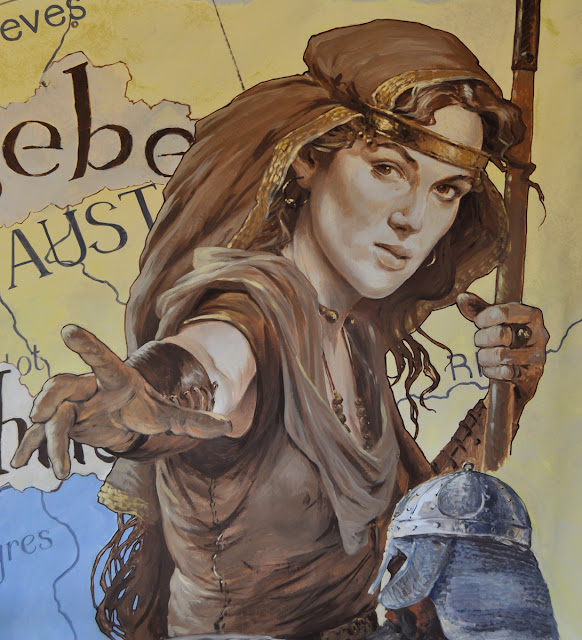 The installation of the canvases , my friend Hubert Pintrand working on the connection between the two parts : 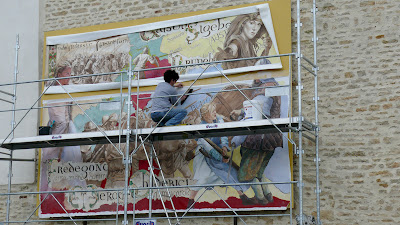 ...and finishing up the job. 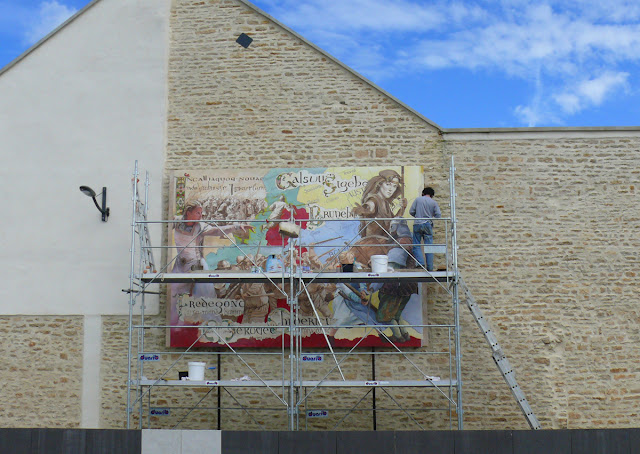 The sound system is temporarily installed on the mural, it will be put on the sides later on. 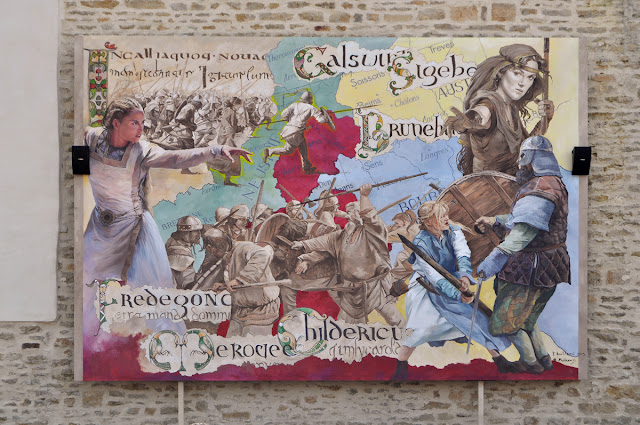