Here is now the only indoor murals of this project.
This wall in the town hall's entryway was the one that the mayor wanted to decorate initially.
At some point I had planned to paint a different version of the signature of the treatee but finally I decided to use the models I had worked from for the large outdoor mural and to put the focus on the essential elements of this historical event :
_ the territories  : the map
_ the people
_ the names of the kings and queen : Gunthram, Childabar,Brunehild
_ the treaty : as the original document has not bee entirely saved I have copied a XVth century document whose illustration shows the meeting between the two kings. It has been painted for french king Charles VII by Jean Fouquet, one of the first french painters who used the laws of perspective according to the italians painters of early Renaissance.

All the outdoor murals are painted in acrylics ; this one is a "mixed media" painting , the figures are in oils, the rest of the painting in acrylics. 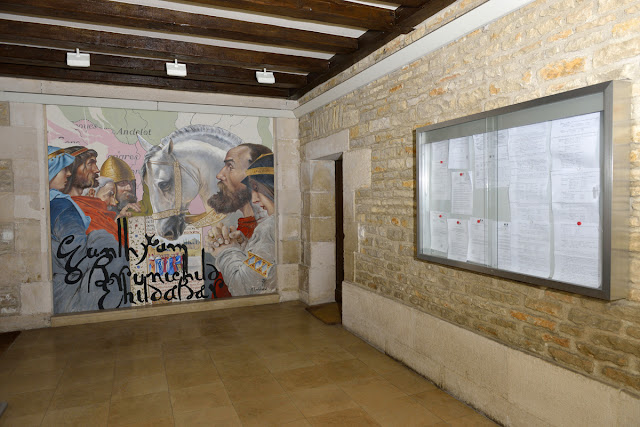 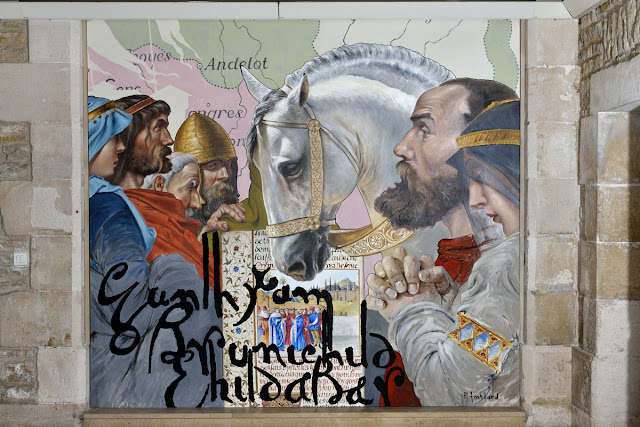 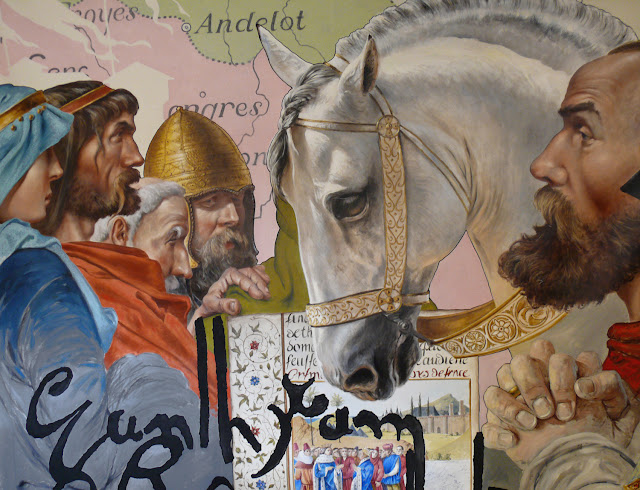 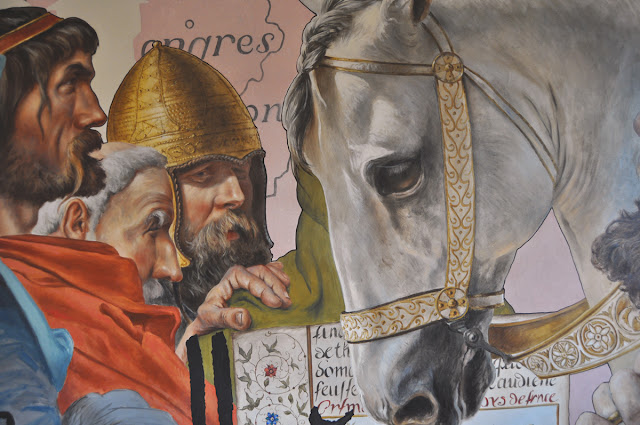 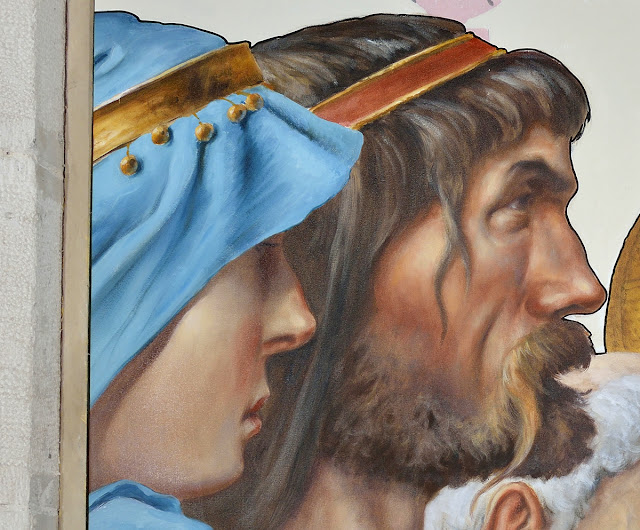 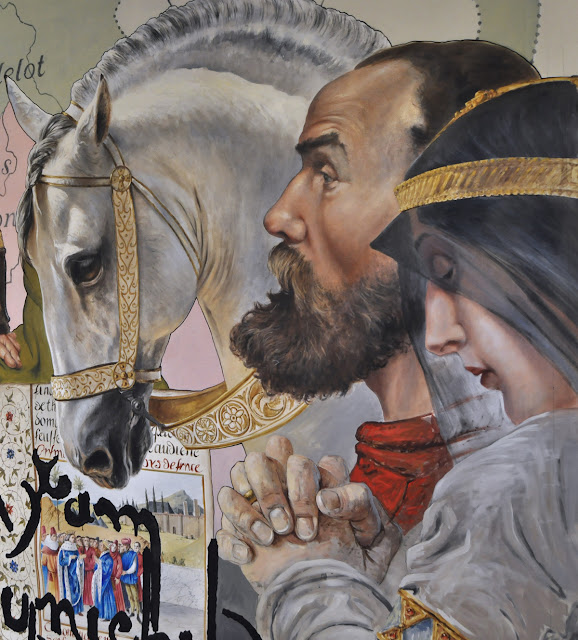 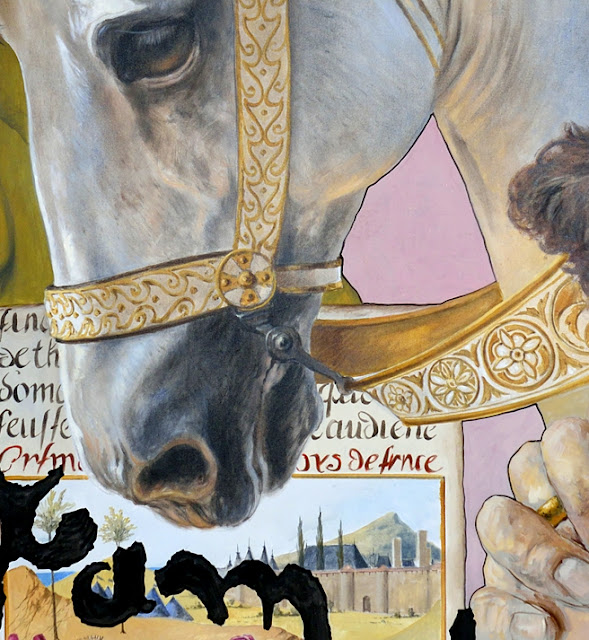