I plan to post a series of before/after pictures of some rooms featuring in "Demeures peintes".
This one shows the library of the XVIIth century castle in the second chapter.
I discovered it, at the end of the winter,when I first visited this mansion. I remember being both surprised and puzzled. I did not imagine such a room in this relatively severe looking old building and I wondered what I could do there. I mean , how I could understand this weird mix of post-Renaissance and late XIXth century  and do something with it.
There were pieces or elements I could relate to and like and some others I really disliked.
After the visit I started researching in my personnal documentation and figured out that the overall design was very Italian Renaissance but that some elements were totally alien.
Then,for quite some time, I had to wait for the authorisation of the local historical buildings architect to work in this castle.
After looking at my work he finally decided I was the man of the situation and I could really start thinking about this room.
There is apparently no historical record about the italian painters who decorated this castle in the XVIIth century.Some were quite popular in this area at the time . Frescoes are still visible in one of the towers. 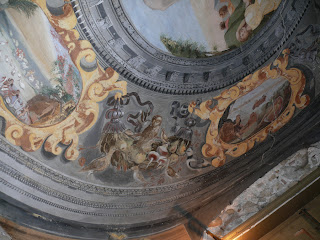 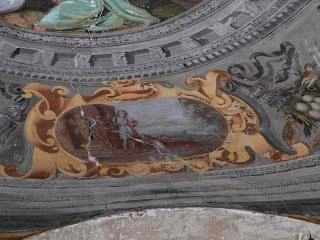 My guess is that these guys created and painted the overall composition for the library and that it has been restored and repainted later .
There are other artworks in the castle, like these painted ceilings in the dining room and the kitchen. 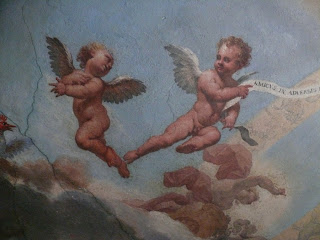 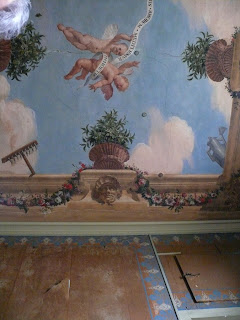 They have probably been painted by a french artist of the XVIIIth century who was quite famous (locally) at the time and who decorated some rooms of the city hall in Lyon. These ceilings are "classified" at the national historical monuments inventory. I observed them closely but could not relate them to the paintings of the library.
There are also more minor paintings in some rooms of the library level. 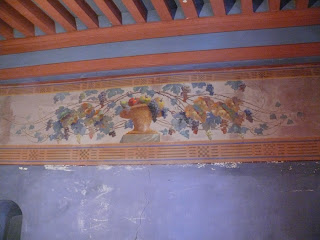 I would say that these might have been done during the 30s or 40s and I think that the painters who did this are the ones who restored  or repainted the library.
Now that my little inquiry had given me some clues ( but the truth is that I really do not know) I could add my little tune to this old and strange harmony. 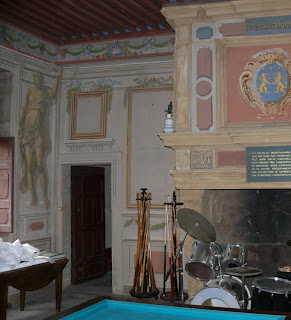 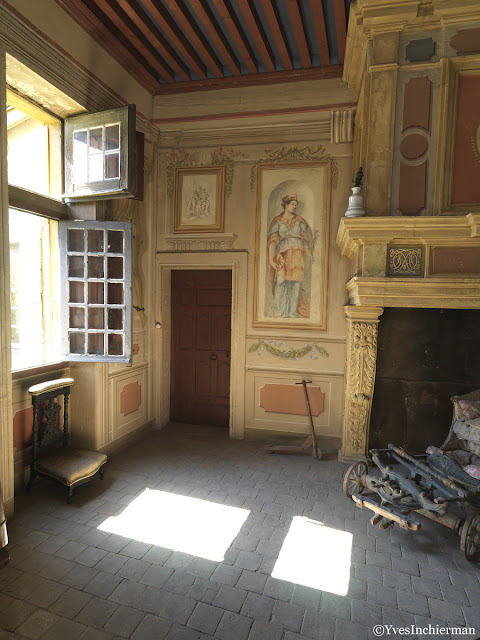 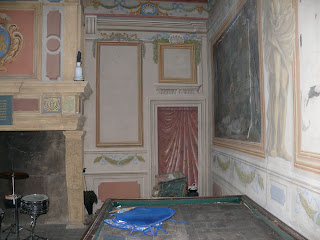 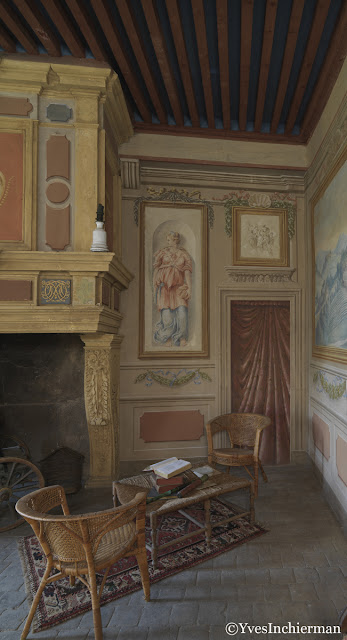 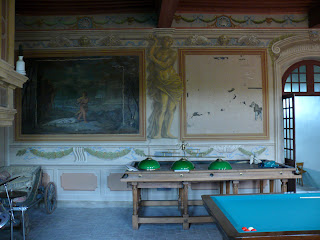 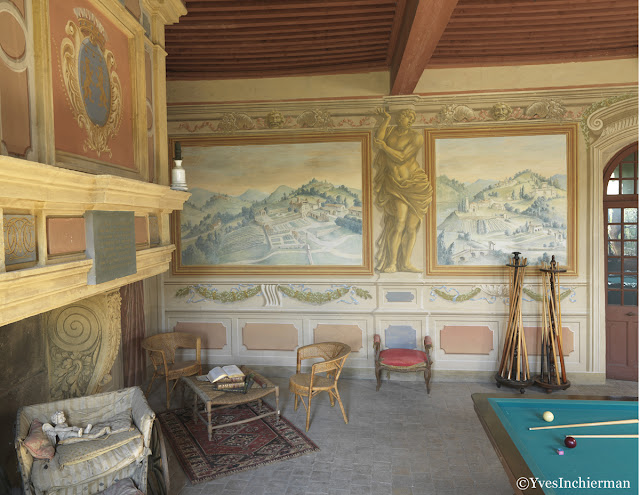 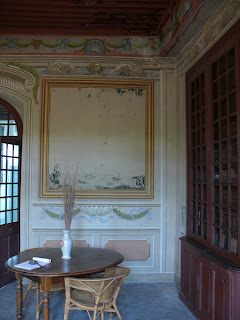 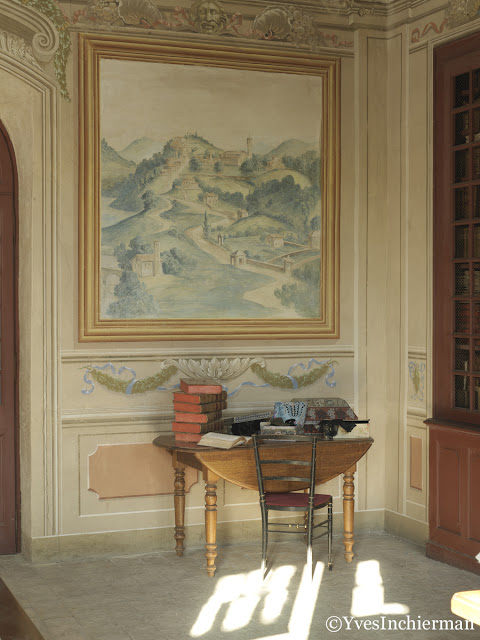 Yves and I spent this whole summer afternoon taking pictures and at the end of the day the gold of the old books was still shimmering in the sun. 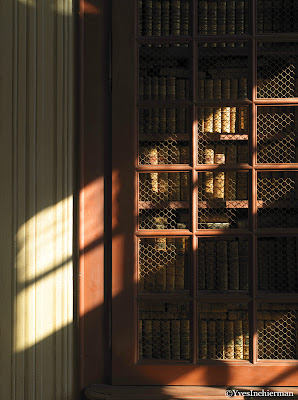