The decoration of the ceiling of the large living room in Villa Claudinon was quite a challenge. As I knew I would show this piece in "Demeures peintes" my first idea was to "show off" as much as I could and I thought that a ceiling with figures would be great fro this! 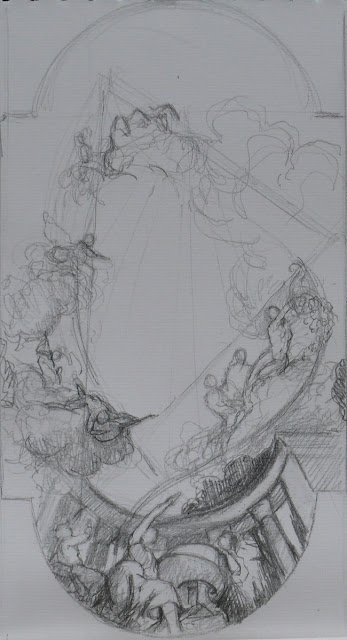 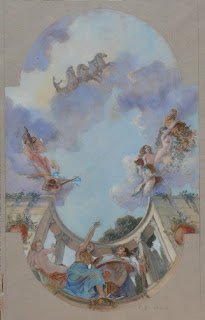 Therefore I started studying different classical models in order to understand the way they are composed. I detected various formulas and I started to sketch my own based of figures I planned to borrow mostly from the end of the XIXth century ( as this is the time period during which the villa was erected). I did a few pen sketch and a color study. At some point I also tried to visualise it on Photoshop , and I forgot about it for a while. 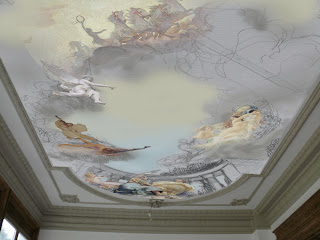 When I got back to it my vision had changed and I decided to propose something totally different to my client. I worked on a first ornamental composition... 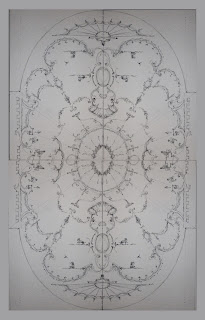 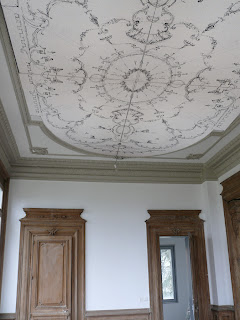 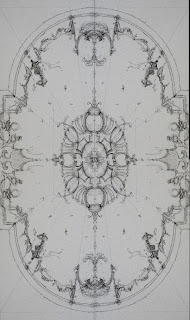 The second version of ornate ceiling was the one I showed my client for approval and this is the one that features in the book.
I love ceilngs with figures but I prefer the baroque ones. I think that if I had continued on my first idea I could have gotten trapped into a style with which I am not enough connected. I guess this second choice was the most appropriate, for my client, for this beautiful place and for me.
Publié par PA74