I first met William Cochran in 1998, in Washington DC. during the first international Salon of decorative painters I attended.
I heard about the Community Bridge in Fredericks  (MA) and immediately felt and understood this guy was special. People would show a lot of respect and he was also very kind and respectfull to others.
I guess we met a couple of times after this, I am not so sure. I would visit his website on a regular basis, impressed by the pictures.
By the end of 2008 he called me as I was teaching at Pat Ganino's school "Creative Evolution". He told me he was painting big murals and would need help for the landscapes.
This was a "no-brainer' as Pat says and indeed I said YES before any neuronal conection had time to initiate !
In 2009 I travelled to Frederick and spent a couple of weeks helping him on a set of murals for the Herrshey Museum.
They show , in the background, all the major buildings of the Herrshey "estate"... 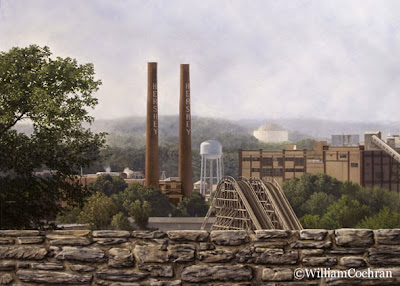 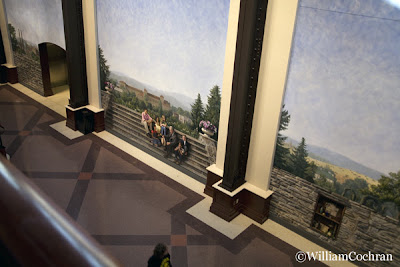 and the foreground is made off two trompe l'oeil low walls one of which includes a niche whith objects. 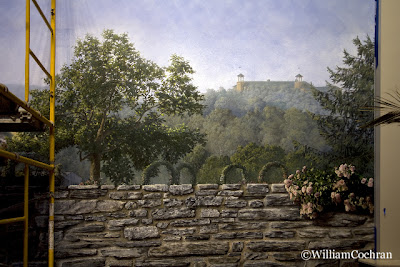 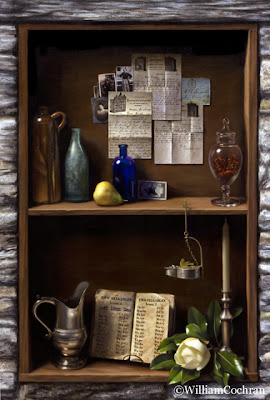 On the central panel , a group of kids seem to be casually gathered around Mr.Herrshey himself. 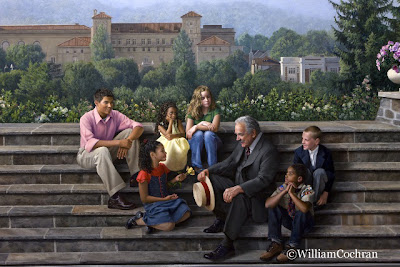 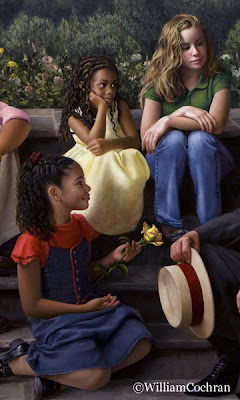 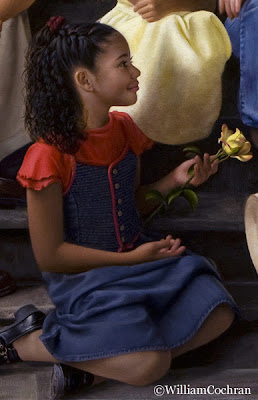 I am sure that having seen these pictures you understand why I was so happy to be part of ...this.
Working with William has been a strong experience for me.
I learnt how to really focus on the value/color parameters with a much higher intensity I would do on my own.
It felt a little unconfortable for a few days but I got used to it ...painting slower, trying hard to see and reproduce the right color, check out the relationships between my tones.
This is one of the things I learnt on a practical level .
On another level I discovered what a mural artist is about.
William is a guy who has thoughts, ideas, visions and makes them real through painting.
He sets up goals for himself, demanding ones and seems to stop only when he has reached them.
Painting is a means to an end , the tool and technique he has chosen to carve his vision in the stuff dreams are made of .
This was new to me.
I am coming from the other end of the spectrum. I am a craftsman . I gradually become an artist.
Working with William has been the strongest help I ever had in this evolution.
Please , go see his website. 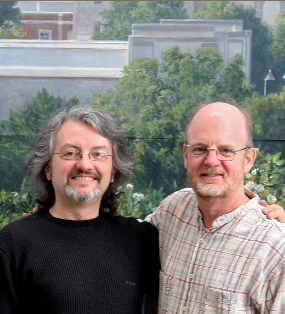